EAA, the European Anglers Alliance urges the EU and Member States to speed up efforts to improve the aquatic environment.

The members of EAA at its General Assembly held in Berlin on 1st September criticised the slow pace of implementation of the Water Framework Directive in particular with regard to eliminating or mitigating the damaging effects of hydropower on river ecosystems.

EAA in conjunction with EFTTA, the European Fishing Tackle Trade Association have produced a film documentary highlighting these damaging effects that the general public

know very little about. The film has been produced in three languages with more to follow.

The threats to the aquatic environment from Invasive Alien Species (IAS) is huge. Recognising the increasingly serious problem of invasive alien species in Europe, the Commission is currently working on a dedicated legislative instrument which is due to be adopted later this year. EAA welcomes the initiative begun by the EU Commission to address the issue. EAA recognises that poorly informed anglers can play a role in spreading these species. In that regard EAA has decided to prepare and circulate to its members and the public at large a guidance document on invasive alien species by February 2013.

On the Reform of the Common Fisheries Policy (CFP), which is to conclude next year the members of the General Assembly were critical that the Commission’s proposed reform document does not include any mention of recreational fishing. EAA will increase its efforts to get the European Parliament and the Council of Ministers to convince the Commission of the importance of having recreational fishing included in the CFP.

On the proposal by the EU Commission to include Sea Bass and Turbot in the TAC and Quota system, EAA concluded the proposal was premature and will put alternative proposals to the Commission in due course.

The Commission´s draft Baltic Salmon Management Plan will be amended and voted on by the European Parliament´s October session. Much of the EAA´s input over the past three years has been well received. However, there are still issues of great consern to us in the plan, for example, the provisions concerning restocking. Other conserns are the immense lack of political will to address the root problems for the Baltic Salmon stocks, namely the capture of salmon from weak salmon stocks in the open sea (the “mixed stock” problem) and the obstacles to migration in the rivers (hydropower and barrages) which hinder the salmon reaching their spawning grounds and their subsequent return to open sea waters.

The EAA represents 14 member organizations with nearly 3.5 million anglers across Europe. EAA defends and promotes the recreational angling interests at the European level and internationally. EAA represents both fresh and sea water anglers and acts to secure and expand their access to all relevant fishing waters. EAA promotes and works pro-actively for sustainable exploitation of fish stocks and conservation of the aquatic environment. EAA was founded in 1997 and has its headquarters in Brussels 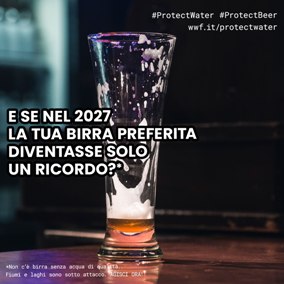